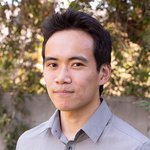 The Cutdown Episode 16: Trailers For Turkeys